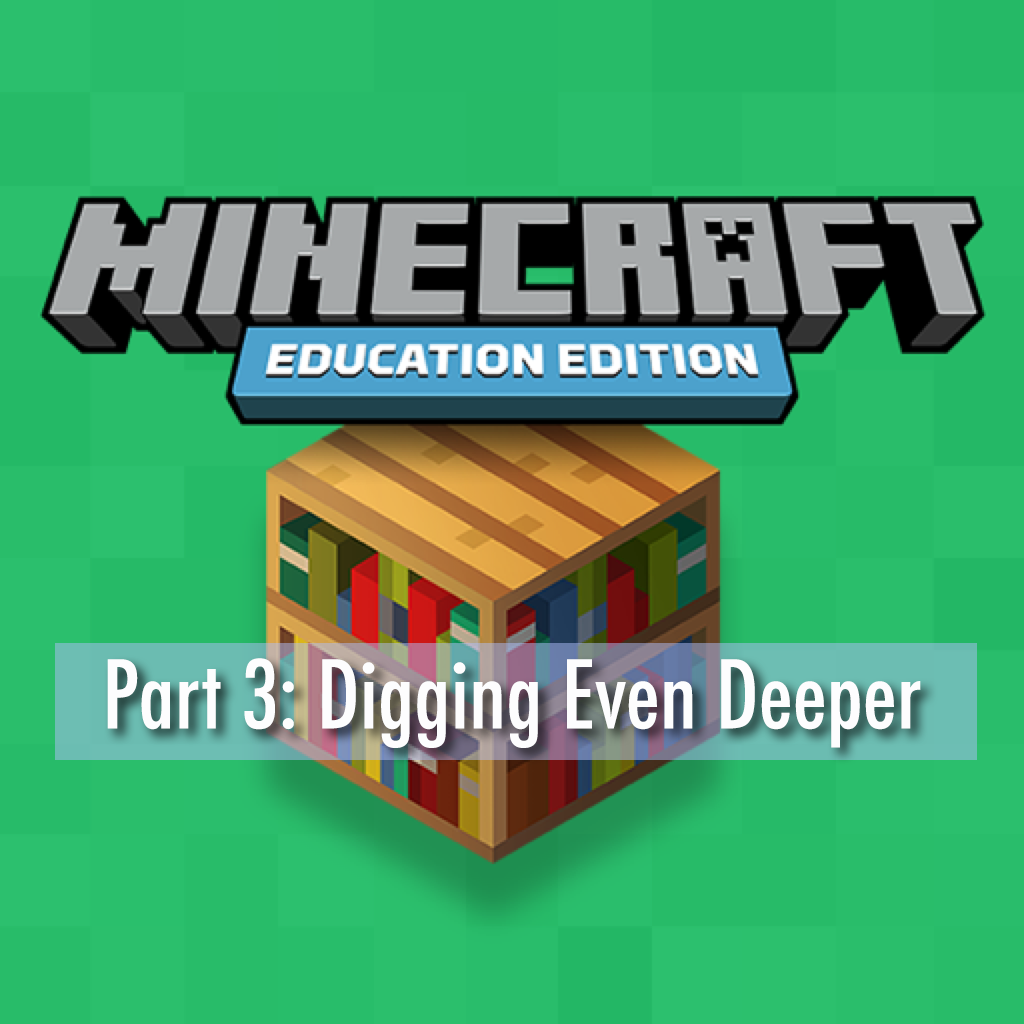 This is the third post intending to provide an introduction to the newly released Minecraft: Education Edition.

NOTE: You may wish to begin with:

Minecraft: Education Edition (#MinecraftEE) provides educators with a number of education-specific features that are different from those native to vanilla #Minecraft, and #MinecraftPE (Personal Edition).

In TeacherGaming’s modded #MinecraftEDU, there were dialogue box interface elements and server management features added by TeacherGaming that contributed to education functions in support of managing World files and world features, students permissions and assignments, and a host of other useful functions.

The key (from the end of Part 2, please read) to getting at the important education elements in #MinecraftEE lies in understanding and accessing text-based commands that are “buried under the hood.” To access them, you need to become familiar with using the “slash” / key in the text chat. There is no server option or significant GUI interface for education features at this point in design of the product. In this regard, #MinecraftEE is notably different from #MinecraftEDU.

In vanilla #Minecraft, there are commands which have no GUI interface but which are accessed by typing syntax-correct text expressions in the chat bar, for example:

The statements above are examples of text commands used to toggle to Survival, Creative, or Spectator, respectively, or to set a home base or return to a home base. Some text-based commands are added to vanilla #Minecraft by the addition of mod files.

#MinecraftEE has a set of similar “slash commands” (accessed by typing the forward slash / key) to access. When typing commands, the #MinecraftEE text box employs a nice prediction feature to help save you time typing and cut down on mistyped keystrokes. Use the TAB key while typing a command to auto-complete the command.

Understanding the slash commands is the path to getting access to the various #MinecraftEE education features (NPCs, border/allow/deny blocks, access to camera/portfolio/) so that you as an educator can unlock its current potential.

Here is a brief explanation of each of the commands present in #MinecraftEE:

For those familiar with using such commands in #Minecraft, knowing that the commands are present and how they need to be used will likely be sufficient. For educators who are newer to #Minecraft or to text-based commands in general, it is important to know that many (but not necessarily all) of the commands require additional text-based arguments (parameters) — details to complete the instruction.

An Example: Changing the weather

The command /weather (which makes in-game changes to the weather) requires one of three possible arguments to identify the type of weather. If you type /weather (and then a space), the three possible options appear above the chat bar as prompts:

Note that one of these three options is sufficient to effect a change in the weather. Try each of the following, pressing the return key after each to initiate the command.

Note that the /weather command can also take a second parameter after the selected weather option (clear/rain/thunder) in the form of a number to specify the duration of that weather type. Try the following:

The key to accessing the education-specific features of #MinecraftEE is to use the command /ability for whenever you wish to make such changes.  The /ability command takes three parameters to effect this change (a username, the specific ability, and the boolean value true):

As of the June 2016 release, there are two possible abilities that may be effected using the /ability command:

Giving yourself the worldbuilder ability as well as setting your /gamemode to creative opens the door to the following:

To test things out as the user will experience  (to see if your NPC web links are working, or to test your boundary blocks, etc, you will need to remove your worldbuilder ability.

Note that when you use the /ability command, you would specify YOUR username, not mine! As soon as you have typed /ability and a space, your username should appear as a possible target in the pop-up above the text bar.

If you have followed through this far, you are well on your way to understanding the education-specific features of #MinecraftEE Minecraft: Education Edition. Play around with the features and explore.  Feel free to contact me if you have questions! We can learn together.

You may wish to download and check out GumbySample.zip which includes a GumbySample.mcworld file and ReadMe.txt file. Import the world file into your #MinecraftEE using the Import button.

There are 3 types of “profiles” in #MinecraftEE: normal, operator, and worldbuilder.

There are a number of posts on the education.minecraft.net/ site that will serve as reference in the initial stages of your exploration of #MinecraftEE. I’m sure other resources will be forthcoming over the next few months.

Keep an eye out for Minecraft Education Edition #MinecraftEE – Part 4: Analysis in the next few days which will offer a comprehensive overview of the options available to educators (#Minecraft, MinecraftPE, and #MinecraftEE) who are looking to use #MinecraftEd in general  with learners. 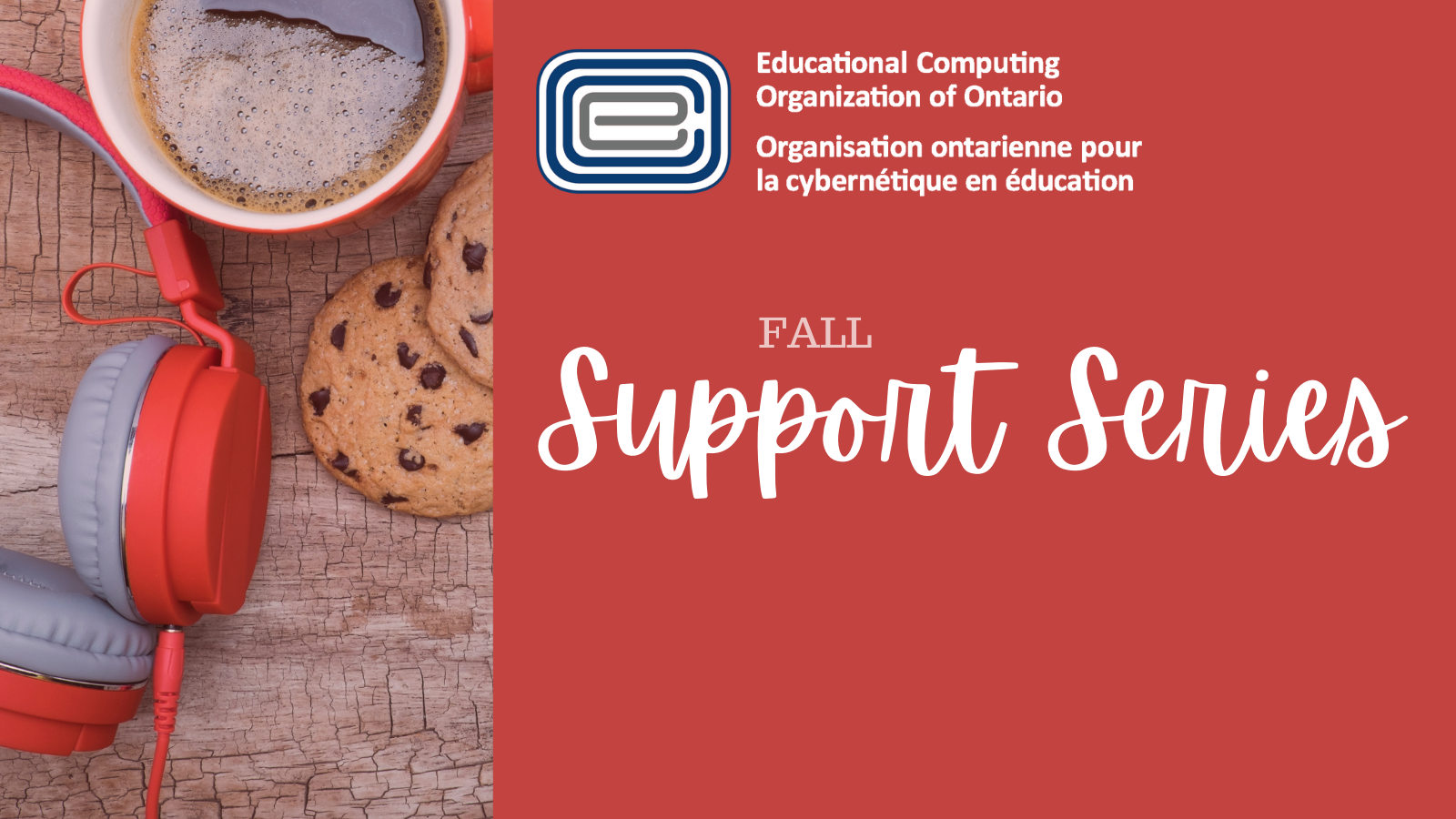 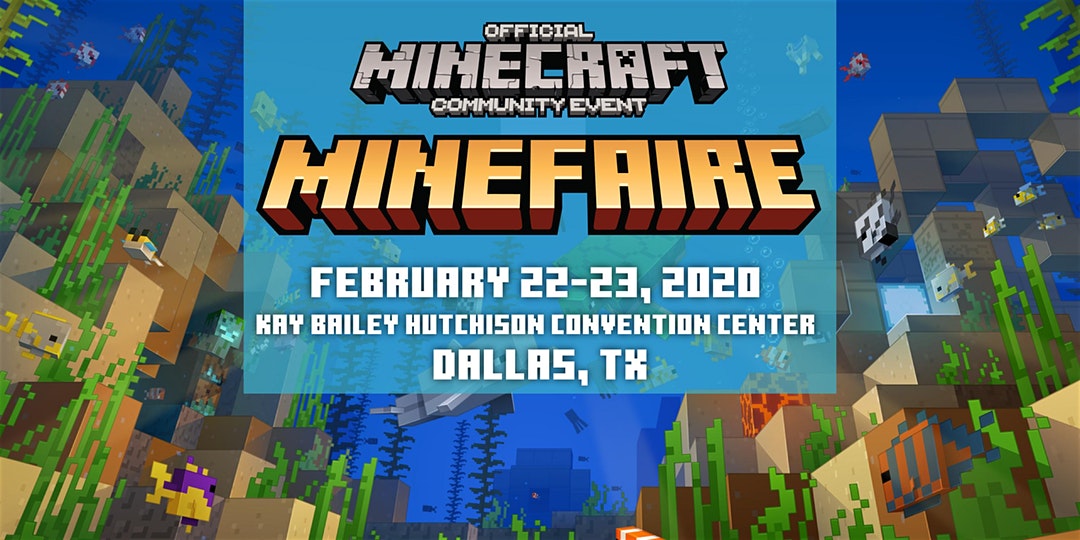 Where I Sling My MineCraft Clay

Over the years I have enjoyed building and supporting Minecraft-using educators on a number of servers, starting with  the GamingEDUs Professional Play Server. my GumbyCraft server, and since its arrival in the space,  the MineFaire server.  When I’m in game, you can find me 97% of the time somewhere in Survival.

My initial experience with MineCraft came with the iOS MineCraft Pocket Edition version of the game, and I moved from there to the desktop/server implementation during the spring of 2012 when ds106.us hosted part of their digital storytelling summer session on their Magic Camp MacGuffin server. With some Minecraft magic, I managed to recover the world from the course-ending cataclysmic event (and world corruption), and periodically return to visit the world via GumbyCraft.

This work is licensed under a Creative Commons Attribution-NonCommercial-ShareAlike 4.0 International License.